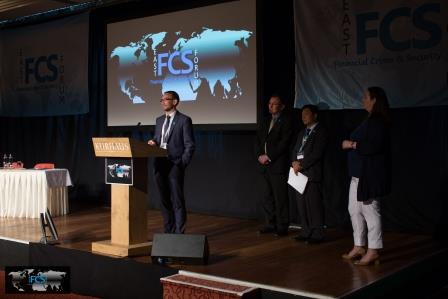 The sun has set on another successful EAST Financial Crime & Security (FCS) Forum which was held for the second time at the Grand Hotel Amrâth Kurhaus, in Scheveningen, The Hague. Feedback from delegates has been hugely positive.  This year marked a new format which included plenary sessions covering expert information from global regions: Asia-Pacific (ASEAN), Latin America, USA, Russia and Europe. 19 expert speakers travelled from 14 countries around the world to share their knowledge of ATM crime prevention.

In addition an afternoon of breakout sessions was held covering topics related to ATM and payment terminal fraud, and to ATM physical attacks.

Networking opportunities were abundant – a welcome cocktail the evening before the event, ensured all delegates were comfortable to kick off the Forum having met with their peers in a relaxed environment. Exhibitors enjoyed increased traffic through the exhibition hall, giving demos to attendees during coffee breaks, lunch and demonstration sessions. 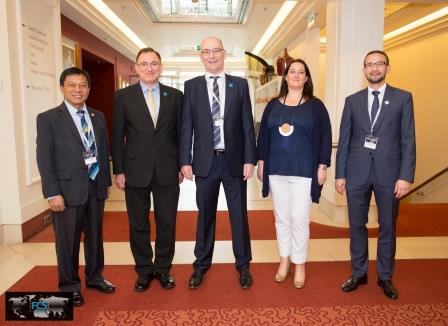 Day One of the EAST FCS Forum opened with keynote speaker Steven Wilson, Head of the Europol Cyber Crime Centre (EC3) who spoke about the multi-faceted approach to countering cybercrime and the success of public private partnerships, especially the cooperation between EC3, non-EU States and EAST members.

Lachlan Gunn, Executive Director EAST, provided relevant statistics from the EAST European ATM Crime Report. He also announced a name change for EAST which is now the European Association for Secure Transactions. A milestone for EAST which has mainly focused on issues facing the ATM industry thus far, but which will now look at all threats against payment terminals (ATM, SST and POS), as well the security of payments and transactions. 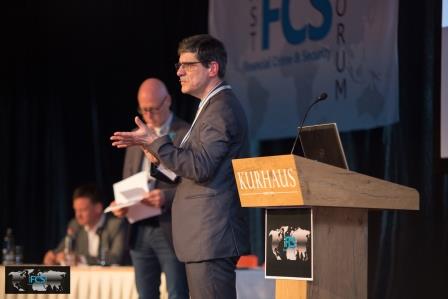 Lachlan was followed by presenters from ASEANAPOL, the US Secret Service, the Russian Mastercard Members Association, and from the Latin American Association of Operators Electronic Funds Transfer and Information Services (ATEFI), who all gave the audience the most current information on activity in their regions. 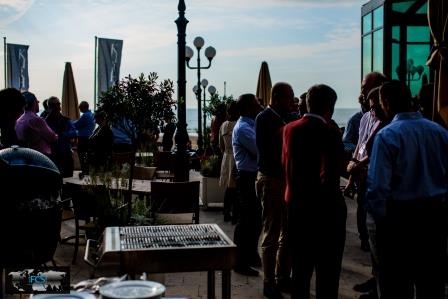 The day closed out nicely with a BBQ by the beach! 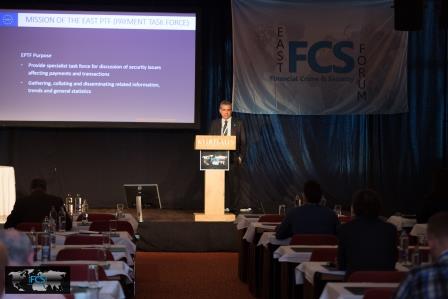 Day Two kicked off with Group-IB providing an overview on the evolution of logical attacks on financial institutions. This was followed by a case study on Black Box attacks from NCR Czech Republic and an update from ING Netherlands on the evolution of gas and solid explosive attacks. There was a case study on countering such explosive attacks from the UK’s West Midlands Regional Organised Crime Unit, and the final talk of the day came from Rui Carvalho, Development Director EAST, who is building the EAST Payments Task Force and provided an overview on current and future activities for EAST.

In her closing address, conference Chairman Úna Dillon, Development Director of EAST, summarised the two-day conference by noting the importance of cross-border public-private sector cooperation in the fight against financial crime – stressing the need for private sector industry stakeholders to collaborate with law-enforcement agencies. She added that whilst EAST delivered the conference, the people charged with building the event are also deeply involved in the collaborative work already going on. Their ‘on-the-ground’ involvement means the EAST FCS Forum agenda will always be relevant and current. 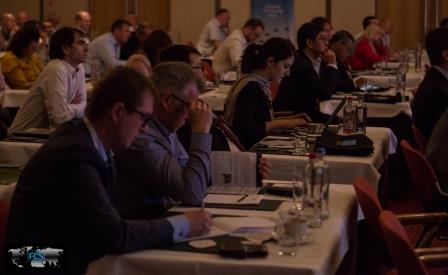 This 3rd EAST FCS Forum has proven to be a successful platform in bringing together the perfect mix of banking representatives, security experts, law enforcement, payments associations, government agencies and many other stakeholders in the ATM and payment crime prevention sector  –  the dialogue and learning from  across Europe, the USA, Latin America, Russia and Asia-Pacific will no doubt help all participants to better detect and prevent current and future financial crime threats.

The event could not have taken place without the support of sponsors, exhibitors, speakers and delegates. EAST hugely appreciates the participation of all who took part and thanks everyone for their contribution to making the event a success.