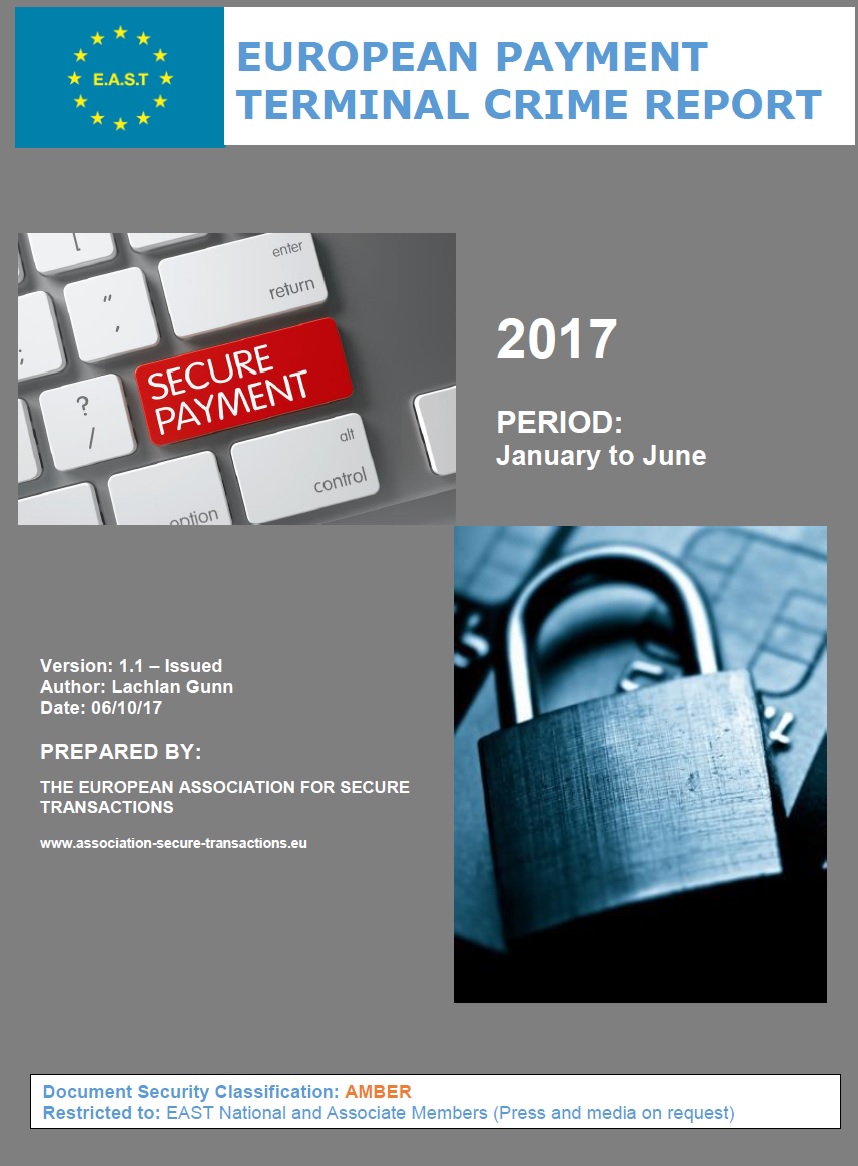 A total of 114 such attacks were reported, up from 28 during the same period in 2016, a 307% increase.  ‘Black Box’ is the connection of an unauthorised device which sends dispense commands directly to the ATM cash dispenser in order to ‘cash-out’ the ATM.  Related losses were up 268%, from €0.41 million to €1.51 million.  EAST Executive Director Lachlan Gunn said, “This sees the continuation of a trend that we first reported in April of this year when we published full year statistics for 2016.  Our Expert Group on All Terminal Fraud (EGAF) is actively monitoring all logical threats against payment terminals and against the wider banking infrastructure.”

ATM related physical attacks rose 6% when compared with H1 2016 (up from 1,604 to 1,696 incidents).  Within this total ATM explosive attacks (including explosive gas and solid explosive attacks) were down 2% (down from 492 to 481 incidents).  Losses due to ATM related physical attacks were €12.2 million, a 55% drop from the €27 million reported during the same period in 2016.  Part of this decrease is due to the fact that one major ATM deploying country that used to report this data is currently unable to do so.