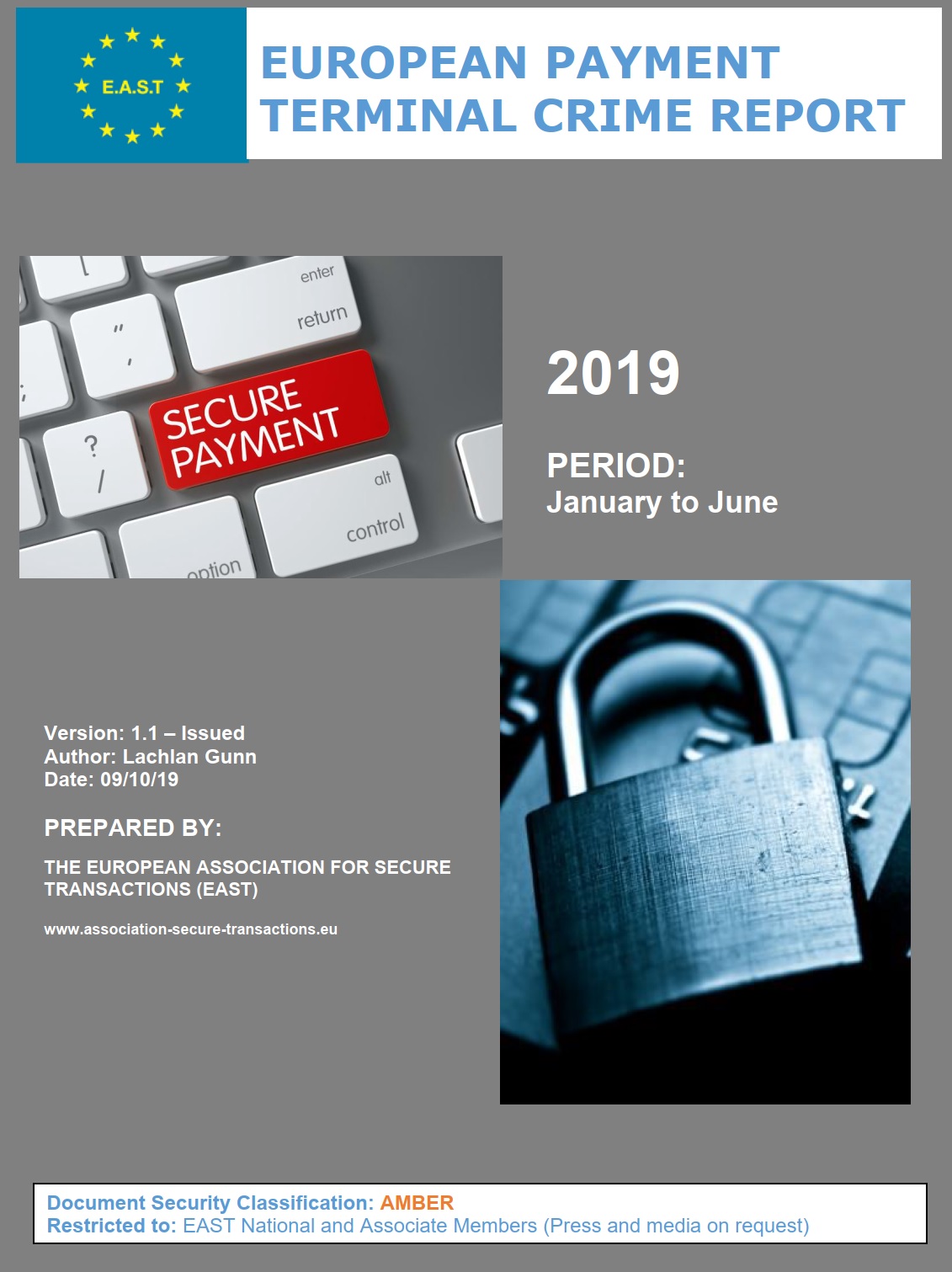 ATM malware and logical attacks against ATMs were down 43% (from 61 to 35) and all bar one of the reported ‘jackpotting’ attacks are believed to have been unsuccessful. Malware was used for 3 of the attack attempts and the remainder were ‘black box’ attacks. Related losses were down 100% (from €0.25 million to €0.00 million), although a small loss (less than €1,000) was reported in one case.

EAST Executive Director Lachlan Gunn said, “This fall in logical and malware attacks is very good news and reflects the work that has been put into preventing such attacks by the industry and law enforcement. In January 2019, supported by our Expert Group on All Terminal Fraud (EGAF), Europol updated their ‘Guidance & recommendations regarding logical attacks on ATMs’, which was first published in 2015. These Guidelines, which have been widely shared with ATM deployers and law enforcement agencies, reinforce the recommendations made by the ATM vendors.”

Terminal related fraud attacks were up 59% (from 6,760 to 10,723 incidents). This increase was primarily due to an increase in transaction reversal fraud attacks (up from 2,292 to 5,649 incidents), while card skimming incidents fell to an all time low (down from 985 to 731 incidents). This downward trend reflects the success of EMV and that measures to counter skimming at terminals, along with geo-blocking, are working well in Europe.

Total losses of €124 million were reported, up 16% from the €107 million reported during the same period in 2018. This increase is primarily due to a rise in international losses due to card skimming (up from €87 million to €100 million), which indicates that EMV implementation is not yet complete globally with resultant risks for European cardholders. Losses due to transaction reversal fraud were up 135% (from €1.36 million to €3.2 million).