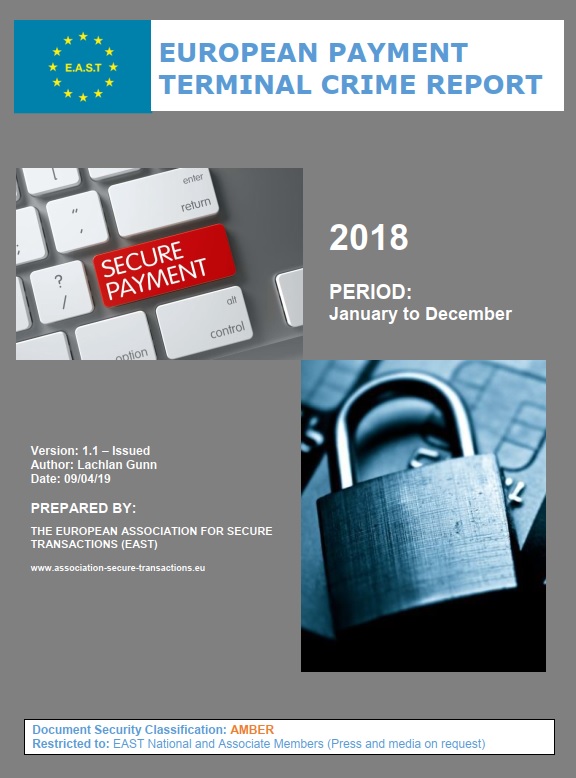 ATM related physical attacks rose 27% when compared with 2017 (up from 3,584 to 4,549 incidents).  Within this total ATM explosive attacks (including explosive gas and solid explosive attacks) were down 3% (down from 1,081 to 1,052 incidents).  Explosive attacks remain a cause for concern as the number of countries reporting them has risen from ten in 2017 to eleven in 2018.  Such attacks result in extensive collateral damage and can pose a risk to life.

EAST Executive Director Lachlan Gunn said, “The success rate for solid explosive attacks is of particular concern – we estimate that the average cash loss per solid explosive attack is €27,065.  Such attacks continue to spread geographically with two countries reporting them for the first time in early 2019.  Our Expert Group on ATM and ATS Physical Attacks (EGAP) is actively monitoring the situation and provides a cross-border platform for the industry and law enforcement to share related intelligence and measures that can be taken to mitigate the risks.”

A total of 157 ATM malware and logical attacks were reported, down from 192 in 2017, an 18% decrease.  156 of the attacks were logical attacks where equipment typically referred to as a ‘black box’ is used to send dispense commands directly to the ATM cash dispenser in order to cash-out the ATM.  Related losses were down 70%, from €1.52 million to €0.45 million.