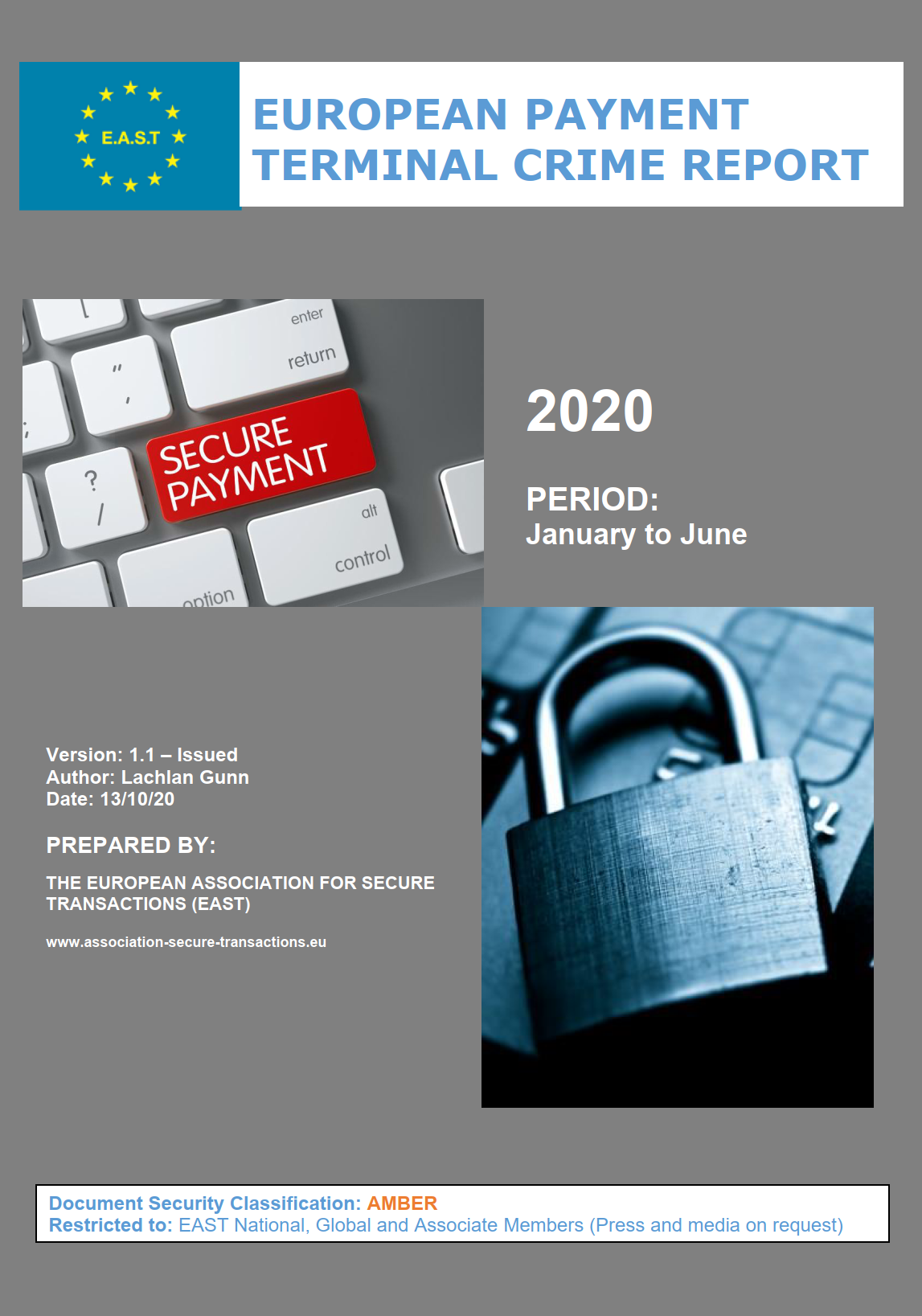 ATM malware and logical attacks against ATMs were up 269% (from 35 to 129) and all the reported attacks were Black Box attacks. A Black Box attack is the connection of an unauthorised device which sends dispense commands directly to the ATM cash dispenser, in order to ‘cash-out’ or ‘jackpot’ the ATM. Related losses were up from less than €1,000, to just over €1 million.

EAST Executive Director Lachlan Gunn said, “Overall crime at terminals has decreased during the lockdown phase of the pandemic. While this rise in Black Box attacks is of concern, most such attacks remain unsuccessful. Our Expert Group on All Terminal Fraud (EGAF) is focussed on addressing this issue, with close cooperation between industry partners and law enforcement. In January 2019 EGAF worked with Europol to update a document, published by Europol, entitled ‘Guidance & recommendations regarding logical attacks on ATMs’. This is currently available in English, French, German, Russian, Spanish and Turkish”.