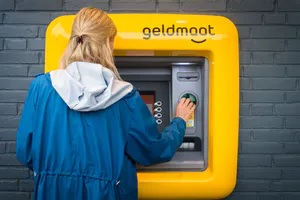 To counter the high level of ATM explosive attacks (known as ‘Plofkraken’ ) Dutch ATMs will temporarily be shut down at night between 2300 and 0700 hours.  This situation will be reviewed at the end of January. Also any ATMs that are deemed to have a high risk for local residents will be relocated to safer locations.  This will be done in close consultation with local government, police, shopkeepers, building managers and residents,

Geldmaat, the operator of the Dutch banking sector’s joint ATM network, is working with De Nederlandsche Bank and the police to take swift action to implement new measures which will render banknotes worthless in the event of an ATM explosive attack.

“ATM explosive attacks undermine our society,” says Chris Buijink, chairman of The Dutch Banking Association. “We cannot be resigned to an explosion going off every few days in our country, often in the vicinity of homes. I am therefore pleased that, together with Ministers Grapperhaus and Hoekstra and all the public and private institutions involved, we are forming a front against this disruptive form of crime.”

The night closure is expected to have limited consequences for the availability of cash. Less than 2 percent of all cash withdrawals at ATMs are made at night. Although this will create difficulties for some people, safety is paramount. Anyone can still withdraw or deposit money at ATMs from 0700 to 2300 hours daily.  More information (in Dutch) can be found here.

This year more than 70 arrests were made related to ATM explosive attacks in the Netherlands. The detection of this crime is centrally coordinated nationally and there is also strong international cooperation with law enforcement agencies and the private sector.  The EAST Expert Group on ATM & ATS Physical Attacks (EGAP) provides a public/private sector platform for such liaison.