The 22nd Meeting of the EAST Expert Group on All Terminal Fraud (EGAF) took place on Wednesday 20th January 2021.  Due to the Covid-19 situation, it was conducted as a virtual meeting and was chaired by Otto de Jong of ING Bank.

EAST EGAF, which meets three times a year in advance of each of the meetings of EAST National and Global Members, enables in-depth and technical discussion to take place on Logical and Malware attacks, Card Data Compromise and other issues relating to terminal fraud.

Presentations were made by Europol, INTERPOL, BKA, Diebold Nixdorf, Fiducia & GAD, and the MCMA. 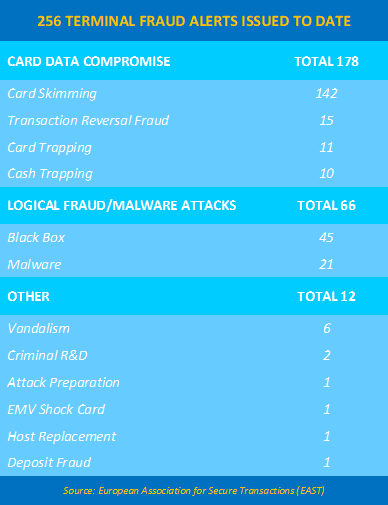