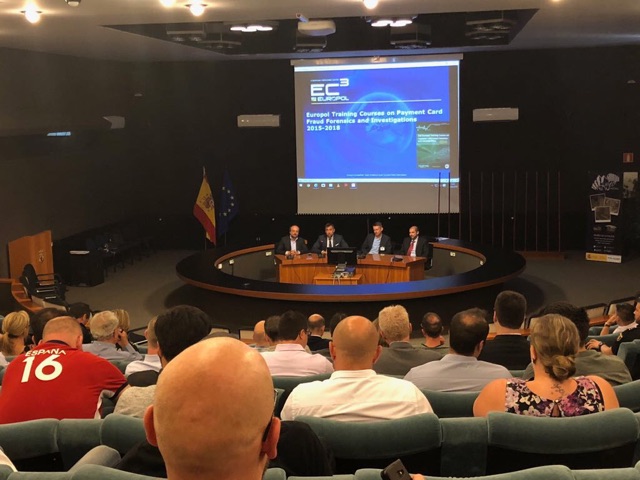 On 26 June 2018 EAST Development Director Rui Carvalho presented at the fourth edition of the Europol Training Course on Payment Card Fraud Forensics and Investigations at the Spanish National Police Academy in Ávila, Spain. His talk gave an overview of EAST and covered terminal and payment fraud in Europe from the perspective of the private sector.

The Europol training, which ran from 25 to 29 June 2018, covered a wide range of topics including cryptocurrencies, ATM malware, forensic tools for the examination of skimming equipment, Near Field Communication (NFC) technology, EU regulation in non-cash payment, and data breaches or cyber attacks.

The training course was attended by 74 Investigators, forensic experts, and future police officers from 27 countries in the European Union, as well as from Iceland, Gibraltar, Montenegro, Moldova, Canada, Ukraine and South Korea.  Presentations were given by 33 speakers from different law enforcement agencies, the European Commission, Europol and bodies from the private sector (including EAST) and academia.  Since the first training in 2015 over 200 international students have benefited from the training programme, which has been supported by EAST.