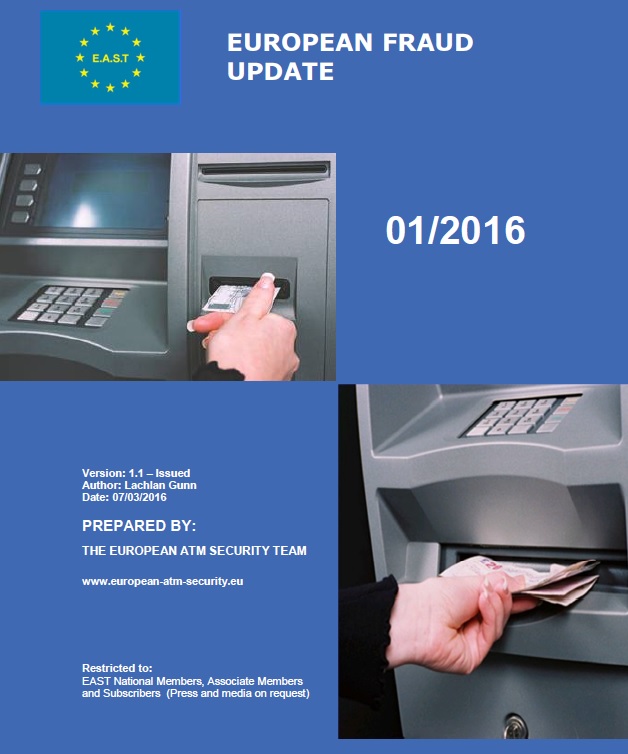 EAST has just published its first European Fraud Update for 2016. This is based on country crime updates given by representatives of 19 countries in the Single Euro Payments Area (SEPA), and 4 non-SEPA countries, at the 38th EAST meeting held in Stockholm on 10th February 2016

Card skimming at ATMs was reported by twenty countries. Criminal usage of M2 – Throat Inlay Skimming Devices appears to be increasing. This type of device is placed inside the card reader throat in front of the shutter. Three countries reported such attacks.

The trend of losses due to skimming occurring outside of EMV Chip liability shift areas continues. International losses were reported in 44 countries and territories outside of the Single Euro Payments Area (SEPA) and in 3 within SEPA. The top three locations where such losses were reported remain the USA, Indonesia and the Philippines.

Skimming attacks on other terminal types were reported by twelve countries and seven countries reported such attacks on unattended payment terminals (UPTs) at petrol stations.

ATM malware and logical security attacks were reported by three countries – two of them reported the successful usage of ‘black-box’ devices to allow the unauthorised dispensing of cash.