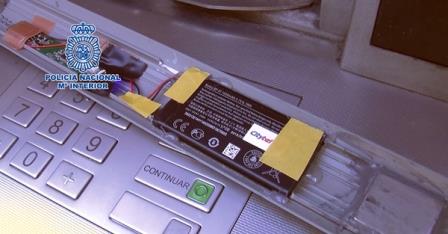 A successful operation that took down an international payment card fraud network was carried out by the Public Prosecution Office at the Audiencia Nacional and National Police of Spain, and the General Directorate Combating Organized Crime in Bulgaria, with the support of Eurojust and Europol’s European Cybercrime Centre (EC3).

As a result of the cross-border action, 31 suspects were arrested (21 in Spain, 9 in Bulgaria and one in the Czech Republic) and 48 house searches (14 in Spain and 34 in Bulgaria) were carried out. The suspects were in possession of equipment used to forge payment cards, payment card data readers-recorders, skimmers, micro cameras, devices to manipulate ATMs, as well as cash and numerous counterfeit cards.

Between 2014 and 2017, the criminal network installed skimming devices on an average of 400 ATMs every year, to copy and clone the data contained on the bank cards. The forged cards were then used to make illegal transactions in 200 ATMs outside the European Union, mainly in the USA, the Dominican Republic, Malaysia, Indonesia, Vietnam, Peru, the Philippines and Costa Rica. Approximately 3,000 EU citizens were affected by the criminal network, with losses of at least EUR 500,000.