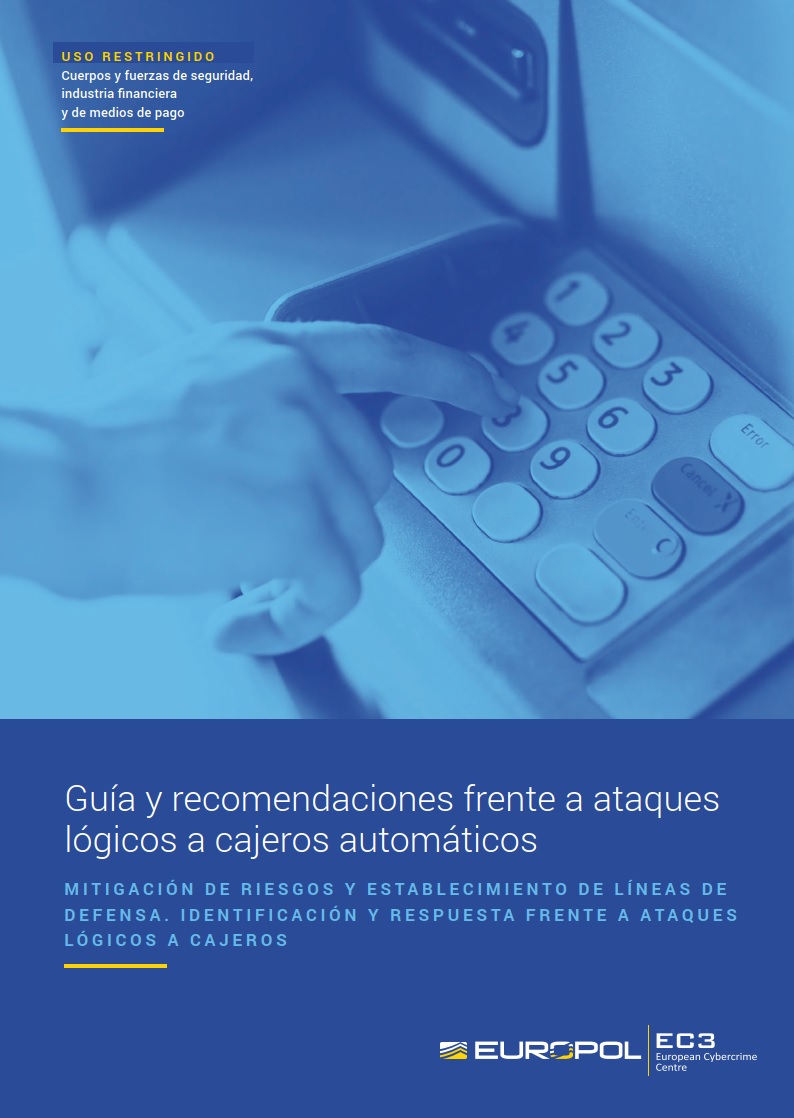 Europol has just published a Spanish language version of the new guidelines to help industry and law enforcement counter the ATM Logical Attack threat.  The English version of the document was officially launched in January 2019 at the 17th Meeting of the EAST Expert Group on All Terminal Fraud (EAST EGAF), and the French version was published in March 2019.

This new version provides clearer definitions and greater clarity of the criminal methods and techniques encountered in these attacks, and more detailed recommendations on how to mount a robust and effective response to them.