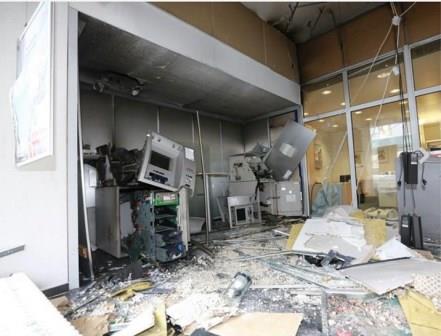 Explosive attacks on ATMs are a rising problem in Europe and in many other parts of the world.  In a report covering the first six months of 2016 EAST reported a total of 492 explosive attacks in Europe, a rise of 80 percent compared to the same period in 2015.  Such attacks do not just present a financial risk due to stolen cash, but also are the cause of significant collateral damage to equipment and buildings.  Of most concern is the fact that lives can also be put in danger, particularly by the usage of solid explosives.  Over the past few years the Netherlands has been particularly hard hit by such attacks.

Job is a specialist in physical crimes against ING Bank branches. His main concerns are explosive gas attacks on ATMs, physical attacks on the bank’s branches and physical or verbal aggression against branch staff.  Since 2015 he is the Physical Security Officer for ING Domestic Banking. Responsible for threat analysis, trend monitoring and development of countermeasures. In 2016 Job chaired the Dutch Banking Association Expert Pool IBNS which tested several IBNS systems. IBNS stands for Intelligent Banknote Neutralisation Systems.

There are some sponsor and exhibitor slots still available so, if you are in the business of ATM crime prevention and wish to take a space alongside a key audience, see our Sponsorship Brochure for details.

Act now to secure your place. To register click on the button, which will take you to the Event's website