Steven Wilson, Head of Europol’s European Cybercrime Centre (EC3) will give the keynote address at the EAST Financial Crime and Security Forum (EAST FCS 2017) which will be held in The Hague on 8th/9th June 2017.

Europol set up EC3 in 2013 to strengthen the law enforcement response to cybercrime in the EU and thus to help protect European citizens, businesses and governments from online crime.

Cybercrime is a wide and varied problem and the EC3 is a key part of Europol’s, and the EU’s, response.  EC3 takes a three-pronged approach to the fight against cybercrime: forensics, strategy and operations.

EC3 recognises the severity of the threat presented by ATM logical and malware attacks and has prepared security guidelines regarding this new cyber threat to ATMs.  The production of this document was coordinated by the EAST Expert Group on ATM Fraud (EGAF), and is the first of its kind.  Versions are now available in English, German, Italian and Spanish.

Europol is actively developing international cooperation on combating payment fraud, which is one of the EU priorities within the EU Policy Cycle 2014-2017 for organised crime and serious international crime as endorsed by the Council of the EU.  As part of this EC3 has consistently undertaken a proactive approach, assisting EU law enforcement authorities (LEAs) to combat payment card fraud.  On 13th / 14th December 2016, EC3, together with ASEANAPOL and INTERPOL, and with the support of the Romanian National Police and the Royal Thai Police, organised the Third Strategic Meeting on Payment Card Fraud (PCF) in Bangkok Thailand. 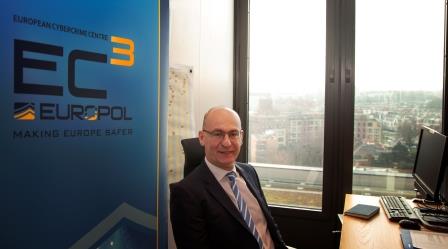 In January 2016 Steven Wilson became the Head of EC3.

Prior to that he served for 30 years with Police Scotland, which included roles with Strathclyde Police, Scottish Crime and Drug Enforcement Agency and Her Majesty’s Inspectorate of Constabulary.  He has worked in a wide range of Senior Detective roles including major investigations, counter terrorism, covert policing, management of sex offenders, fugitives and witness protection.  He had responsibility for all aspects of cyber and cyber enabled crime in Scotland and sat on government, industry and academic groups.  He also represented Scotland on UK national and European cyber groups.

Book soon to ensure you don’t miss your opportunity to attend the event. Places are limited and registration priority will be given to EAST Members, National and Associate.  The early-bird registration discount will expire on Monday 16th January 2017.