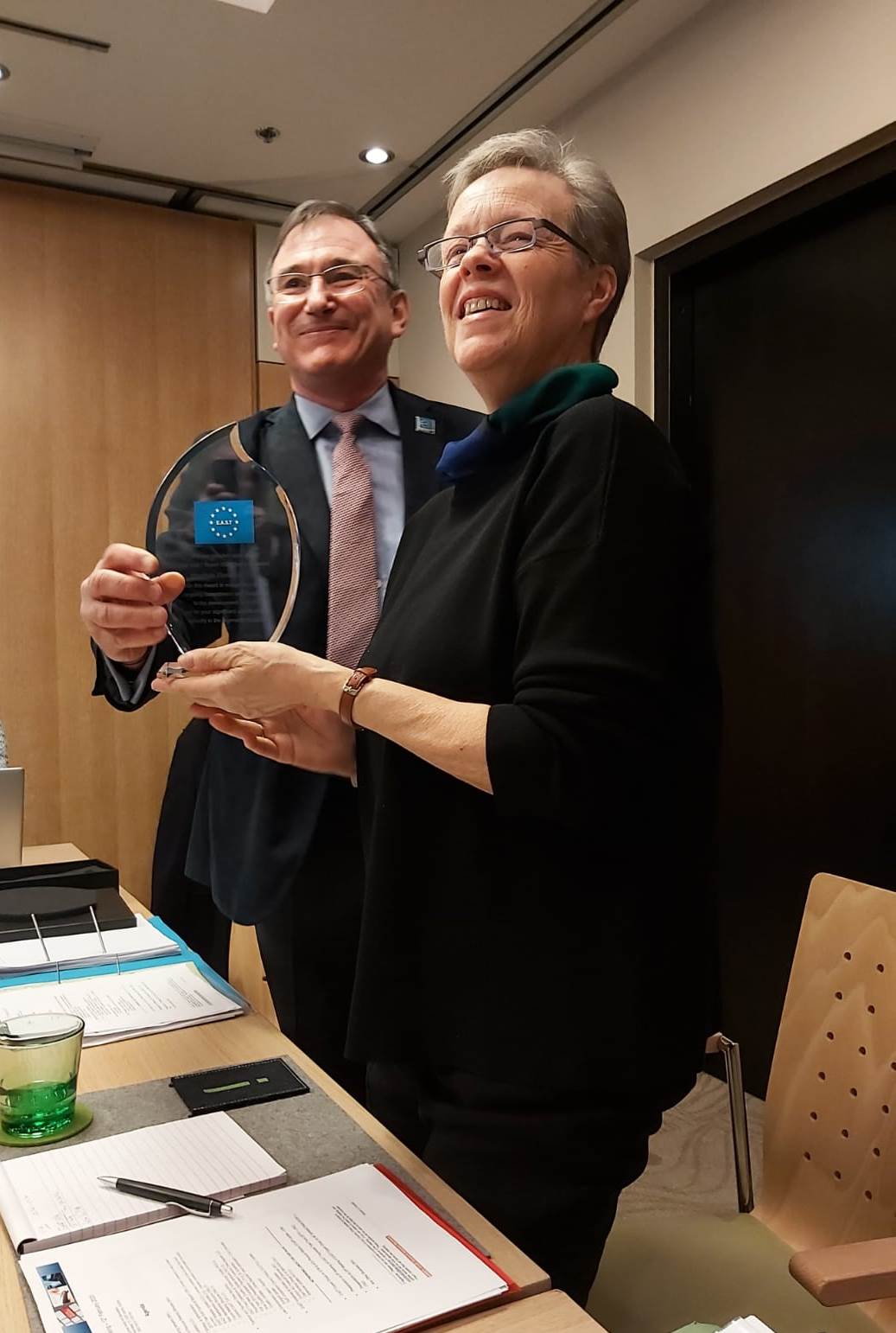 Martine Hemmerijckx will retire from EAST on 30th April 2021. Martine is a co-founder of EAST and has represented Belgium since the first EAST meeting in February 2004. When EAST created its own legal identity in 2007, Martine joined the EAST Board as a non-Executive Director and has been chairing EAST, in rotation with two other Directors, since then. She will be replaced in this role by Thomas Von der Gathen of Payment Services Austria (PSA).

Belgium is represented at EAST by the Global Member Worldline and Martine’s role as EAST national representative will be taken over by Rudy Vereecken.

The last in-person EAST meeting, the 50th EAST Meeting, was held in Vienna on 12th February 2020, where Martine was presented with an Award by Lachlan Gunn in recognition of her significant contribution to EAST over the years.  Since then all EAST meetings have been virtual due to the Covid-19 pandemic.  The final EAST meeting chaired by Martine was the 3rd Interim EAST Meeting of National Global Members, held online on 10th February 2021.

EAST Executive Director Lachlan Gunn said: “It was during a conversation that Martine and I had in her office in late 2003, that the idea of forming a public-private sector group to focus on ATM fraud issues was born.  Once we agreed to push forward with it, Martine was instrumental in providing the contacts, resources and support needed to get EAST up and running, until the legal entity was formed in 2007.  Since then the EAST remit has greatly expanded and now covers both Terminal Security and Payment Security.

I will greatly miss her guidance, energy, professional expertise, and enthusiasm.  Her contribution to EAST, to law enforcement and to the industry, during a career in financial crime prevention that has spanned over 30 years, has been significant.  On behalf on the EAST Executive Team, the EAST Board, and of all our members, I wish her a happy, fulfilling and well-earned retirement!”