EAST, and FS-ISAC have signed a Memorandum of Understanding (MOU) strengthening their sharing of secure payment-related intelligence to battle fraud.

In 2020, average monthly fraud cases reported by FS-ISAC members have increased by 82%.  The latest EAST European Payment Terminal Crime Report, covering the first six months of 2020, reported a 269% increase in ATM malware and logical attacks.  As fraud attempts have skyrocketed during the pandemic and digitization of financial services reaches a point of no return, it is critical for anti-fraud efforts and cybersecurity teams to work together more closely moving forward.

“The current pandemic has accelerated changes taking place in the financial landscape,” said Lachlan Gunn, EAST Executive Director.  “Financially motivated cybercriminals targeting banks and other financial institutions have reacted accordingly and increasing our collaboration with FS-ISAC is an important step forward in the sharing of intelligence for the industry in Europe and beyond.”

“Accelerated global digitalisation combined with the growing sophistication of cybercriminals demands more sharing and collaboration in the financial sector, both regionally and globally,” said Lucie Usher, Intelligence Officer for EMEA at FS-ISAC.  “This strengthened collaboration between FS-ISAC and EAST will further enable intelligence sharing to better safeguard the European global financial system.”

The partnership was formalised in November during the 3rd EU Financial Cybercrime Coalition (EUFCC) meeting hosted by Europol and FS-ISAC.

The European Association for Secure Transactions (EAST) was formed in 2004 and its remit covers both Terminal Security and Payment Security.  EAST has set up an international network to help improve public/private sector cross-border cooperation in the fight against organised cross-border crime.  Connect with EAST on LinkedIn, follow EAST on Facebook, or talk to EAST on Twitter.

The Financial Services Information Sharing and Analysis Center (FS-ISAC) is the only global cyber intelligence sharing community solely focused on financial services.  Serving financial institutions and in turn their customers, the organisation leverages its intelligence platform, resiliency resources, and a trusted peer-to-peer network of experts to anticipate, mitigate and respond to cyber threats.  Headquartered in United States, the organisation has offices in the United Kingdom and Singapore, and members in more than 70 countries.  To learn more, visit www.fsisac.com. To get clarity and perspective on the future of finance, data and cybersecurity from top C-level executives around the world, visit FS-ISAC Insights.

The Latin American Association of Operators Electronic Funds Transfer and Information Services (ATEFI) has signed an Agreement of Understanding and Mutual Cooperation with The Police Community of the Americas (AMERIPOL). This public-private sector Agreement, signed in in Buenos Aires (Argentina), enables ATEFI and AMERIPOL, through collaboration and mutual professional training, to carry out preventive and investigative actions through forensic analysis of fraud and cybercrime cases.

In May 2016 EAST and ATEFI joined forces to to further strengthen inter-regional cooperation in combating all types of payment crime including payment card fraud, hi-tech crime and ATM cyber and physical attacks and in October 2015 EAST participated in a two-day meeting  in Bogota (Colombia) to discuss payment card fraud overseas and money withdrawals in Latin America.  This meeting, attended by AMERIPOL, was organised by Europol in cooperation with the Colombian authorities (Policia Nacional and its Liaison Bureau at Europol) with the financial support of the Romanian authorities.

This new public-private sector initiative in Latin America is welcomed by the industry in Europe as another step forward in global efforts to tackle transnational payment fraud and financial crime.  EAST has worked with Europol since 2004, a partnership that was strengthened in June 2015 by the signing of a Memorandum of Understanding (MoU), and in June 2017 EAST and ASEANAPOL formalised collaboration.  ASEANAPOL is the National Police organisation for the Association of Southeast Asian Nations (ASEAN). 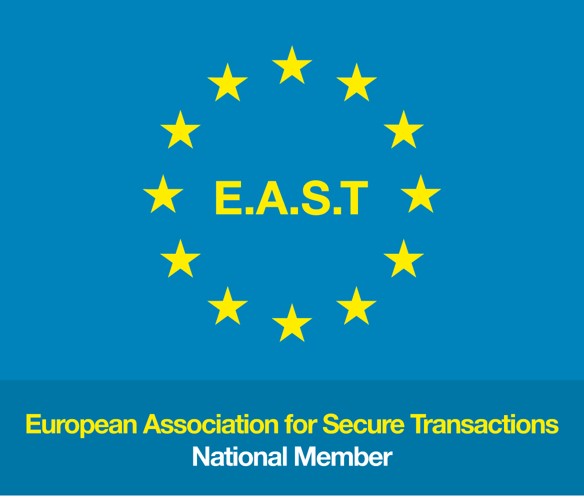 The 42nd Meeting of EAST National Members was hosted by the European Cybercrime Centre (EC3) at Europol on 7th June 2017.  National country crime updates were provided by 26 countries, and a global update by HSBC.

EAST Fraud Update 2-2017 will be produced later this month, based on the updates provided at the meeting.  EAST Fraud Updates are available on the EAST Website to EAST Members.

The 42nd EAST Meeting was the final meeting of EAST as the ‘European ATM Security Team’.  As announced by EAST Executive Director Lachlan Gunn, at the EAST FCS Forum on 8th June 2017, EAST has now changed to become the ‘European Association for Secure Transactions’.

EAST is changing its name to the European Association for Secure Transactions (EAST).  The announcement was made by EAST Executive Director Lachlan Gunn at the EAST Financial Crime and Security (FCS) Forum in The Hague.  The name change is in line with a new strategic direction for EAST. 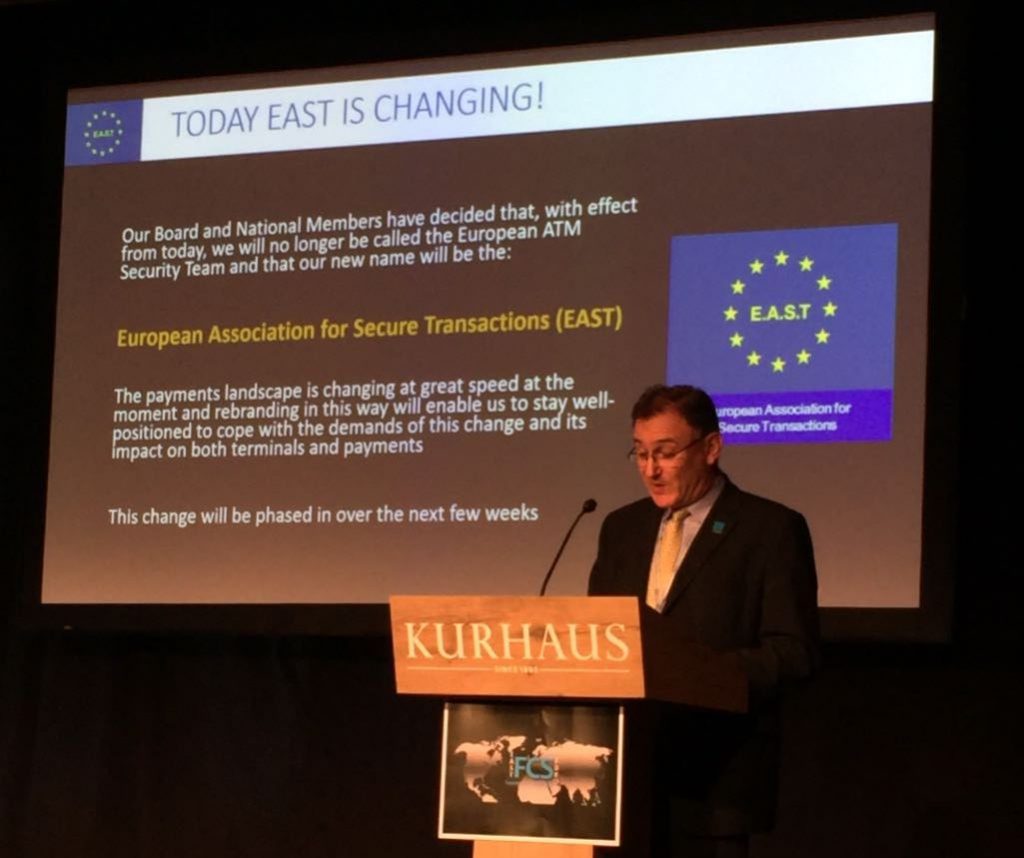 EAST was formed in 2004 to focus on ATM security when card skimming was a rising issue in Europe.  Since then there have been significant changes in the payment landscape, which continues to evolve at great speed.  EAST will continue to report on ATM crime issues as part of a wider reporting structure, which will be broadly split into Terminal Security and Payment Security.  The core strength of EAST is the National Member platform, backed up by interaction with Associate Members, and this change will enable EAST to keep serving all its members as their needs change.

The EAST Expert Group on All Terminal Fraud (EGAF) will continue to focus on fraud at all terminal types, and the EAST Payments Task Force (EPTF) is focussed on the security of payments and transactions.  The EAST Expert Group on ATM and ATS Physical Attacks (EGAP) will continue to be mainly ATM focussed, to help counter the growing threat of solid explosive and explosive gas attacks.

Brazil, Canada, Indonesia, Mexico, Russia, Serbia, South Africa, Turkey, Ukraine and the United States are represented at EAST as non-SEPA members and EAST is seeking to establish links with parties in any country, able to share national incident and loss statistics for terminal related fraud and physical attacks.  For more information contact us.

The 36th Meeting of EAST National Members was hosted by the European Cybercrime Centre (EC3) at Europol  in the Hague on 10th June 2015. National updates were provided by 21 countries, and a global update by HSBC. Europol attended the meeting as an observer and a presentation was given by Oberthur Cash Protection on ink staining technology and French regulation and tests.

During the meeting a Memorandum of Understanding (MoU) was signed between Europol and EAST in order to further strengthen the cooperation in combating all types of payment crime.

EAST Fraud Update 2-2015 will be produced in July, based on the updates provided at the meeting. EAST Fraud Updates are also available on the EAST Website to EAST Members (National &Associate), and to individual subscribers.