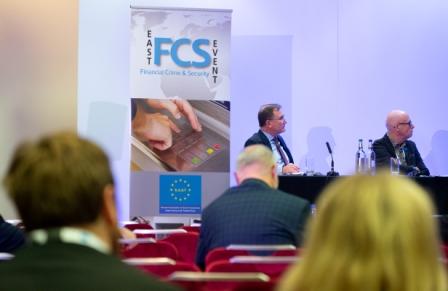 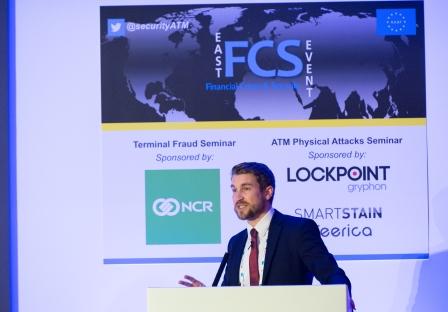 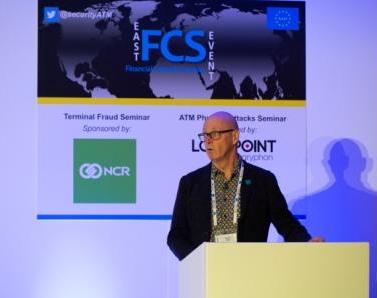 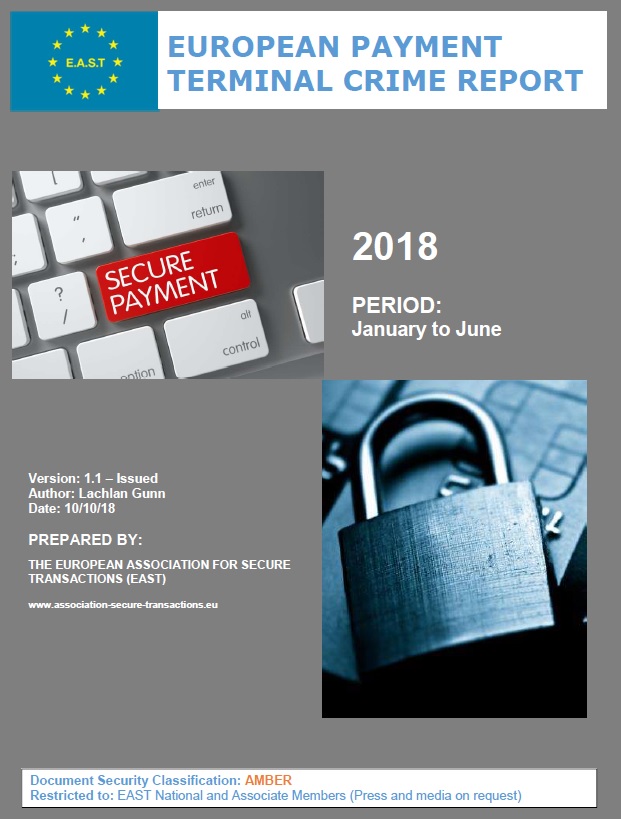 EAST has just published a European Payment Terminal Crime Report covering the first six months of 2018 which reports that losses due to card fraud at payment terminals have fallen to the lowest level since 2005.

EAST Executive Director Lachlan Gunn said, “The significant drop in card skimming incidents and losses reflects the continued effectiveness of EMV, as well as the work that has been put in by payment terminal deployers and card issuers with regard to counter-measures such as geo-blocking, fraud monitoring capabilities and fraud detection. Europe led the way with EMV, which is now a global standard, and all stakeholders in the payment card industry are benefitting from the increased security.”

Logical attacks against ATMs were down 46% (from 114 to 61) and all the reported ‘jackpotting’ attacks were ‘black box’ attacks.  Related losses were down 83% (from €1.51 million to €0.25 million) reflecting the fact that many of these attacks are unsuccessful. 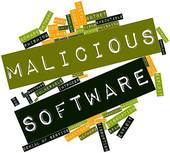 Five members of an international organised criminal group (OCG) have been arrested and three of them convicted so far as a result of a complex operation led by law enforcement agencies from Europe and Asia, with the active support of Europol’s European Cybercrime Centre (EC3).  One arrest was made by the Romanian National Police, three arrests by the Taiwanese Criminal Investigation Bureau and one arrest by the Belarusian Central Office of the Investigative Committee.  EC3 assisted the investigation by providing analytical support, organising operational meetings in Europe and Asia as well as analysing the seized data/ equipment.

This OCG is responsible for carrying out highly-sophisticated ATM malware attacks against bank ATMs, which were made to dispense all the money they contained (known as cash-out or jackpotting).  The modus operandi employed was highly sophisticated and involved:

Related losses suffered by the affected banks are estimated at around EUR 3 million. In some cases, after the cashing-out, the stolen money was partially recovered from the criminals.

A key factor for the successful dismantling of this international cybercrime syndicate was close police cooperation on the global level and deep involvement of the Europol Liaison Office at the INTERPOL Global Complex for Innovation (IGCI).

Steven Wilson, Head of EC3, said: “The majority of cybercrimes have an international dimension, taking into account the origins of suspects and places where crimes are committed. Only through a coordinated approach at the global level between law enforcement agencies can we successfully track down the criminal networks behind such large-scale frauds and bring them to justice.”  Mr Wilson will give the keynote address at the EAST Financial Crime and Security Forum which will be held in The Hague on 8th/9th June 2017.

Europol, working with the EAST Expert Group on ATM Fraud (EGAF), has published guidelines to help industry and law enforcement counter the threat presented by ATM logical and malware attacks.

The use of malware for ATM ‘cash out’ or ‘jackpotting’ attacks appears to be on the increase globally. In a European ATM Crime Report covering the full year 2014, EAST reported 51 such incidents, with related losses of €1.23 million. EAST defines such attacks as ‘Malware that takes control of the ATM cash dispense function, thereby allowing the criminals to take out cash’.

Olesya is Head of Payment Instruments and Credits Security Forum and administrator of the interbank anti-fraud exchange-online system at EMA.
Prior to joining EMA, she was Head of the Payment Cards Security Department of the Banking Security Department at PJC Ukrsotsbank (Member of Unicredit Group) for 10 years. She was a Software Engineer and fraud monitoring system manager at the Interbank Processing Center Topaz, National Bank of Ukraine.

Book soon to ensure you don’t miss your opportunity to attend the EAST Financial Crime and Security (FCS) Forum 2015. Places are limited and registration priority will be given to EAST Members, National and Associate