The anti-money mule operation EMMA 7 concluded today.  This is an international action coordinated by Europol in cooperation with 27 countries, Eurojust, INTERPOL, the European Banking Federation (EBF) and the FinTech FinCrime Exchange.

The operation resulted in 1,803 arrests and the identification of over 18,000 money mules.  It also revealed that money mules were being used to launder money for a wide array of online scams such as SIM-swapping, man in the middle attacks, e-commerce fraud, and phishing.

During  EMMA 7 law enforcement, financial institutions and the private sector, including Western Union, Microsoft, and Fourthline, cooperated in a concerted effort against money laundering in Europe, Asia, North America, Colombia, and Australia.

As well as targeting the laundering of profits through money muling networks, investigators also sought intelligence on the sources of these illicit profits, shedding more light on the size and nature of the criminal economies that money mules serve.

The European Money Mule Action ‘EMMA’, was established in 2016 on the initiative of Europol, Eurojust and the European Banking Federation.  It is the largest international operation of its kind, built around the idea that public-private information sharing is key to fighting complex modern crimes.  Around 400 banks and financial institutions supported the action, reporting 7,000 fraudulent transactions and preventing a total loss estimated at nearly €70 million.

Public Awareness is key for the Prevention of Money Muling

Unlike many financial crimes, money mules can be recruited unknowingly into criminal operations.  The organised crime groups do this by preying on groups such as students, immigrants, and those in economic distress, offering easy money through legitimate-looking job adverts and social media posts.  Ignorance is not an excuse and money mules break the law by laundering the illicit proceeds of crime.

To counter this Europol coordinated the ‘#DontBeAMule’ awareness campaign with all participant countries, law enforcement and the EBF (on behalf of the European banks), as a means to prevent more innocent bystanders being exploited by criminals and putting themselves at risk.

During an action week from 20 to 24 November 2017, 159 individuals were arrested across Europe, 409 were interviewed by law enforcement authorities and 766 money mules were identified. EMMA3 has evolved from previous editions towards targeting not only the money mules, but also the money mule organisers. This resulted in 59 recruiters/organisers being identified. 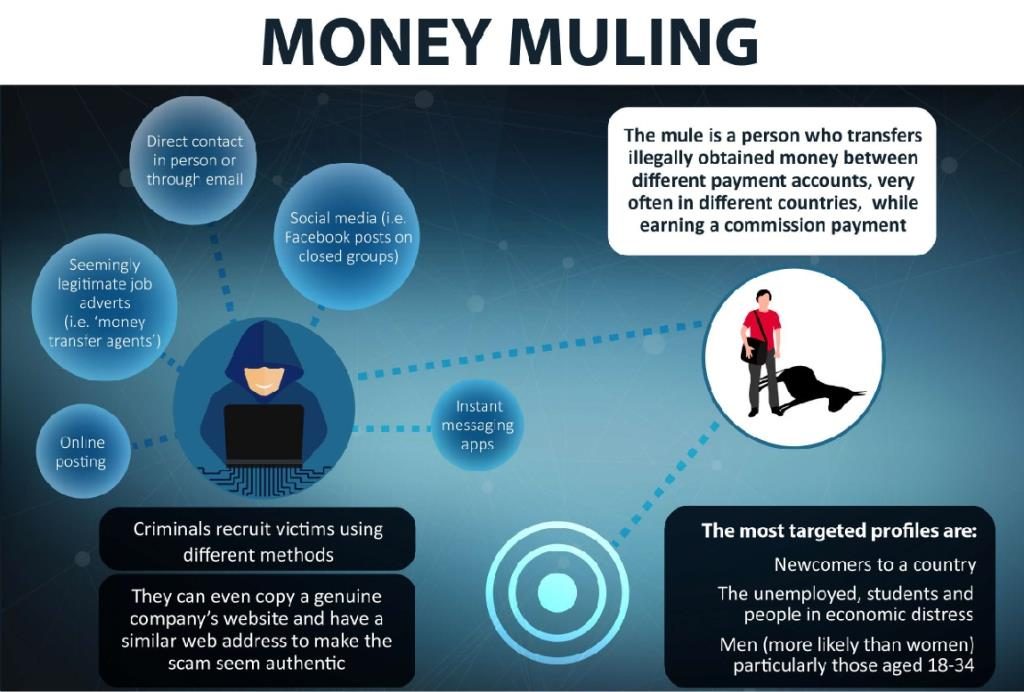