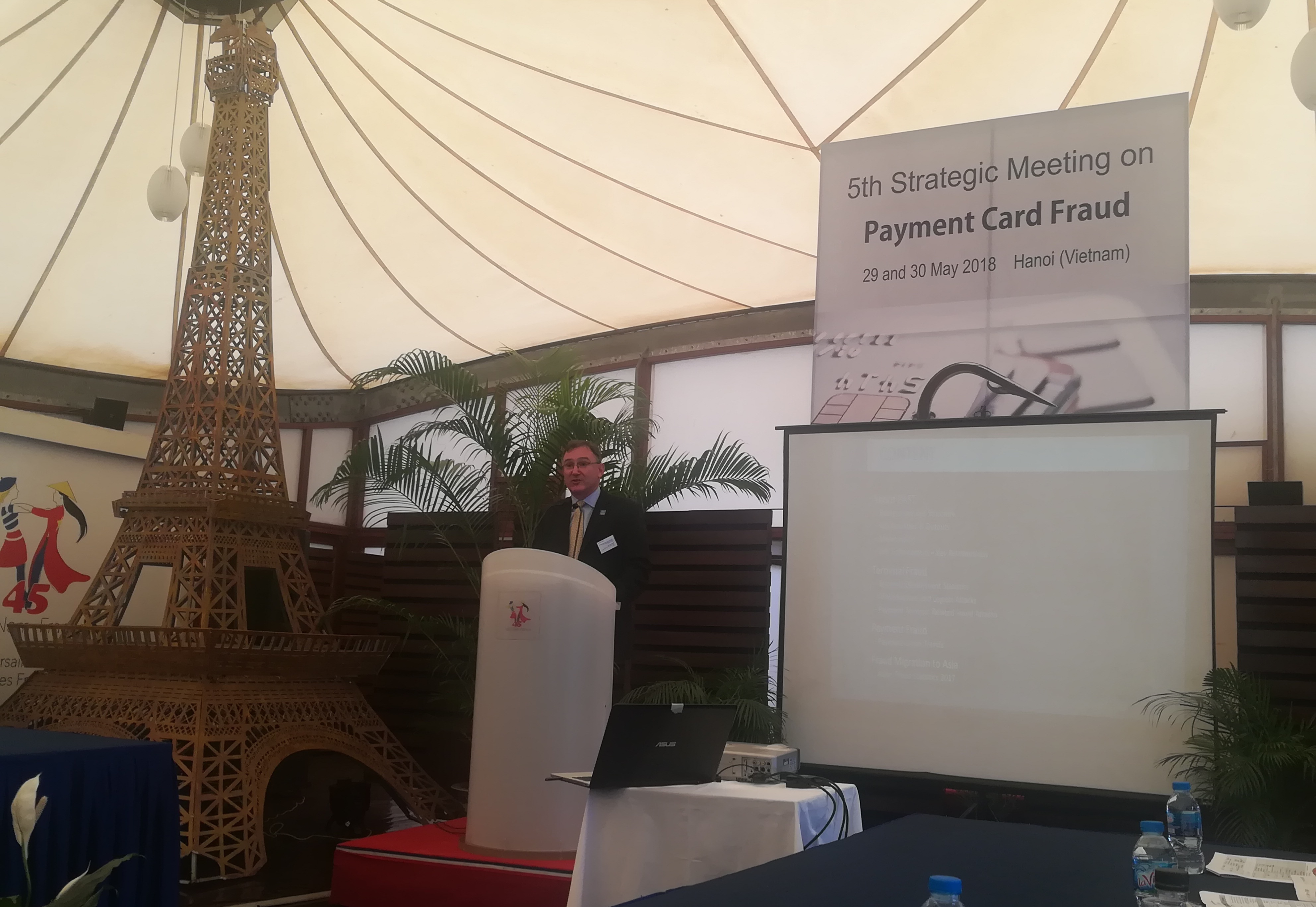 The increasing threat posed by fraudulent payment card activities by organised crime groups has led to the creation of the Investigative Network of Law Enforcement specialists from the European Union and ASEAN countries (EURASEAN). This initiative, led by Europol, is supported by both ASEANAPOL and INTERPOL, with the assistance of EAST representing the private sector.

This initiative was established during the 4th Payment Card Fraud meeting in Jakarta, Indonesia. This event, which was organised by Europol’s European Cybercrime Centre (EC3) on 19 and 20 July 2017, provided the law enforcement community with a comprehensive overview of payment card fraud issues, such as compromising payment card data, ATM malware and e-Commerce fraud. EAST development Director Rui Carvalho (on the left in the above picture) presented at the event.

The event, which was co-organised with ASEANAPOL and INTERPOL, with the support of the Romanian National Police and the Indonesian National Police (INP) was hosted by the EU Delegation to Indonesia and Brunei Darussalam. A specific action plan concerning further cross-regional cooperation between European and Asian law enforcement was devised, following recent successful operations between the two regions.

EAST has supported all the Strategic Meetings on Payment Card Fraud held in the ASEAN region.