EAST has published a European Payment Terminal Crime Report covering the first 6 months of 2021 which shows a significant fall in ATM explosive attacks. 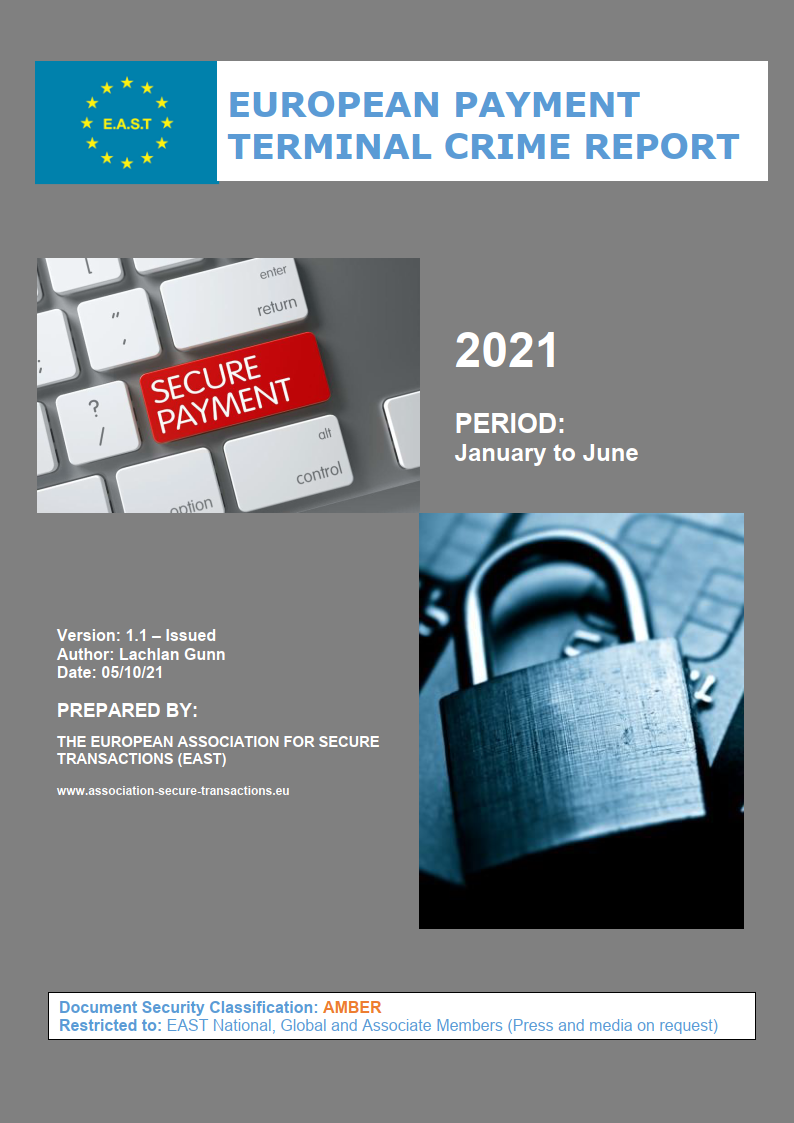 EAST Executive Director Lachlan Gunn said, “The first 6 months of this year have been influenced by the Covid-19 pandemic, although travel restrictions have eased across Europe. This significant fall in explosive attacks at ATMs is welcome news for all of us, given the destructive nature of such attacks and the resultant risks to life and property. However, the prize remains an attractive option for criminals and the average cash loss per successful solid explosive attack is now estimated at €40,877. To address the issue our EGAP expert group has worked closely with Europol and other Law Enforcement Agencies, and all parties remain vigilant to the threat.”

ATM malware and logical attacks against ATMs were down 74% (from 129 to 33) and all but one of the reported attacks were Black Box attacks. A Black Box attack is the connection of an unauthorised device which sends dispense commands directly to the ATM cash dispenser, to ‘cash-out’ or ‘jackpot’ the ATM. Related losses were down 37% from €1.0 to €0.63 million. Most such attacks remain unsuccessful.

Terminal related fraud attacks were down 24% (from 3,631 to 2,775 incidents). Card skimming fell to another all-time low (down from 321 to 279 incidents) and transaction reversal fraud (TRF) at ATMs decreased by 100% (down from 108 to zero incidents). Total losses of €102 million were reported, down 6% from the €109 million reported during the same period in 2020. Most losses remain international issuer losses due to card skimming, which were €86 million.