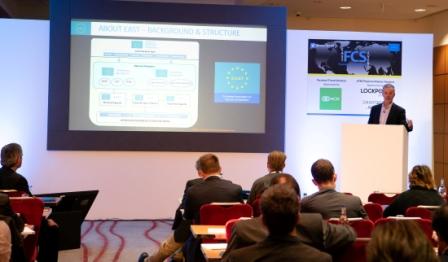 An EAST FCS ATM Physical Attacks Seminar was held on 10th October 2018 in London, co-located with RBRs ATM & Cyber Security 2018 Conference.  The interactive and successful event followed the basic structure of work group meetings held by the EAST Expert Group on ATM & ATS Physical Attacks (EGAP).  This group, which meets twice a year, provides a platform for law enforcement and the private sector to come together and share attack information, trends and statistics in a structured manner.

An introduction to EGAP by the Chair, Graham Mott, was followed by a presentation by EAST Development Director Rui Carvalho, covering the latest EAST physical attack statistics from the H1 2018 European Payment Terminal Crime Report.  This highlighted that ATM related physical attacks were up 21% (from 1,696 to 2,046 incidents).  Attacks due to ram raids and ATM burglary were up 26% (from 470 to 590 incidents) and ATM explosive attacks (including explosive gas and solid explosive attacks) were up 2% (from 481 to 490 incidents).  Losses due to ATM related physical attacks were €15.1 million, a 24% increase from the €12.2 million reported during the same period in 2017. 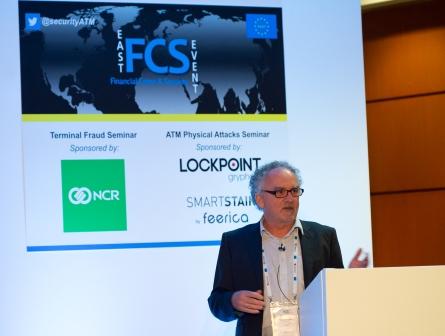 Gertjan Kaijen of Europol then gave a high level view of the ATM Physical attack situation across Europe which was followed by national law enforcement updates from the following countries:

These were followed by a talk from Marco Spoldi of MIB on the Italian experience of ATM Physical attacks, sharing what has been done in Italy to counter them. 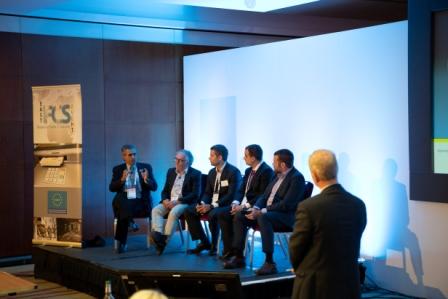 Attendance at the regular EAST EGAP work group meetings is limited and this event enabled active participation and input from a much wider pool of expertise.  Due to the positive response received from delegates, this ATM Physical Attacks Seminar is expected to be repeated in 2019.

More information on the event, which was sponsored by Feerica and Lockpoint, can be found on the EAST Events Website