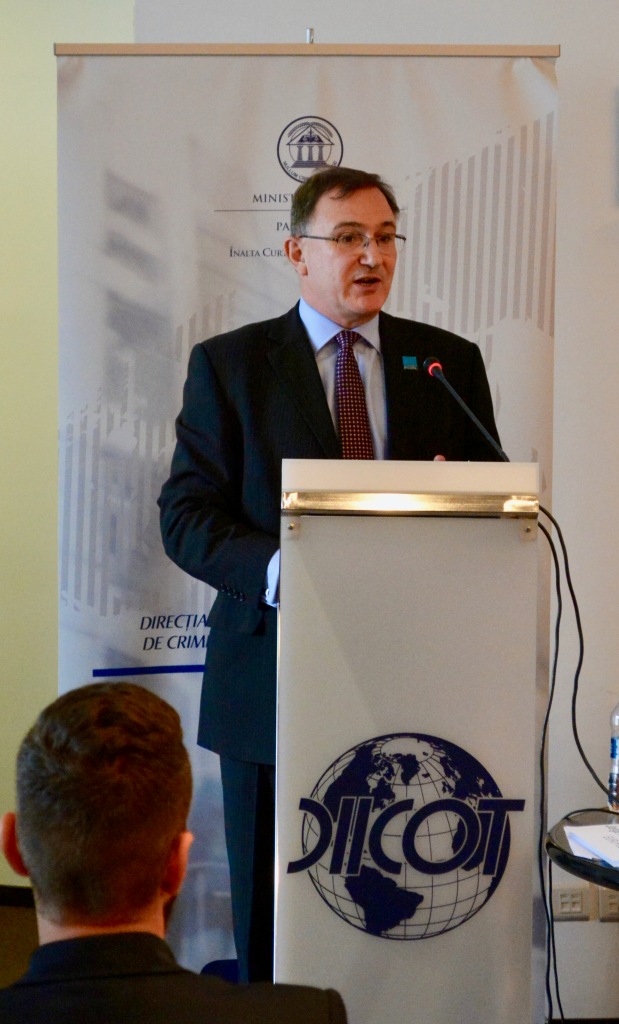 EAST Executive Director Lachlan Gunn presented at a CyberSouth Regional Workshop on Business Email Compromise (CEO Fraud) and Electronic Payment Fraud on 13 November 2018 . The event, which ran from 12-14 November 2018, was held at the Directorate for Investigating Organised Crime and Terrorism (DIICOT) in Bucharest, Romania and was implemented by the Council of Europe.  The CyberSouth project focuses on cooperation on cybercrime in the Southern Neighbourhood and aims at reinforcing the capacities of specialised units with responsibilities relating to tackling cybercrime and dealing with electronic evidence.

The workshop focused on increasing the knowledge of the participants on the different trends and typologies of online fraud and of electronic payment fraud in order to assist with strengthening the capacity of the criminal justice authorities in the CyberSouth countries to search for, seize, and confiscate the illicit proceeds of cyber-criminals in the target areas.  Cybercrime investigators and prosecutors from the following Southern Neighbourhood priority area countries attended the event: Algeria; Jordan; Lebanon; Morocco; Tunisia.

National representatives were also present from Germany, Israel, Romania and the USA.  Europol and Eurojust were present and the private sector was represented by American Express, BIT Defender and EAST.

The EAST presentation covered the structure and methodology used by EAST to help improve public/private sector cross-border cooperation in the fight against organised cross-border crime, and then shared information on the latest statistics and trends relating to logical (black box) attacks against ATMs, and also on malware used to enable jackpotting (cash out) at ATM locations.  The latest fraud definitions produced by EAST were also shared and it was advised that an updated version of these will soon be available.  These definitions are aimed at helping law enforcement agencies, private sector fraud investigators and other stakeholders to standardise reporting terminology when following up on incidents.

The Cybercrime Programme Office of the Council of Europe (C-PROC), based in Bucharest, is responsible for assisting countries worldwide in the strengthening of their criminal justice capacity to respond to to the challenges posed by cybercrime and electronic evidence on the basis of the standards of the Budapest Convention of Cybercrime.  This is the only binding international instrument on this issue and serves as a guideline for any country developing comprehensive national legislation against Cybercrime and as a framework for international cooperation between State Parties to The Convention on Cybercrime of the Council of Europe (CETS No.185).