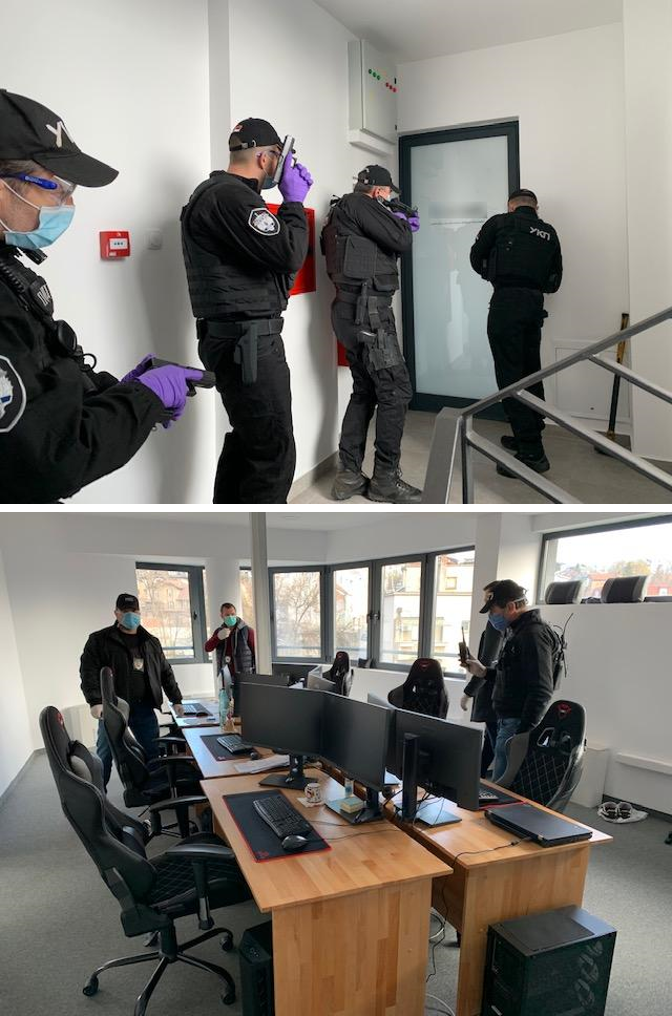 A large criminal network involved in investment fraud, money laundering and social engineering was taken down in an international investigation, launched one year ago. The action day, which took place in Belgrade and Sofia, went ahead on 2 April despite the current lockdown.

Estimated total losses were €80 million and the fraud affected over 1,000 victims in Germany and Austria, as well as people in other countries.  In Austria  it is estimated that 850 victims lost around €2.2 million, while in Germany hundreds of victims suffered estimated losses of about €10 million.

The suspects, believed to be members of a large criminal network, offered bogus investments in trading products such as binary options and contract for differences (CFDs) on online trading platforms.  The investments started at around €250 and Agents from call centres in Bulgaria and Serbia then manipulated the victims to make much higher investments in non-existent trading products including CFDs and forex (foreign exchange currency market).

During the action day Law enforcement authorities from Bulgaria and Serbia carried out 11 house searches and arrested 9 individuals (5 in Serbia and 4 in Bulgaria). Two of the leaders of the criminal network were arrested in Sofia. The seizures include five properties in Serbia, €2.5 million from a bank account in Germany, electronic equipment and other evidential material. 30 other bank accounts were put under surveillance.

Europol facilitated information exchange and provided analytical support, cross-checking operational information in real-time against its databases to provide leads to investigators in the field, and a Joint Investigation Team between Austria and Germany was set up by Eurojust to coordinate judicial matters.

EAST and Europol have worked together since 2004 and EAST provides secure platforms for public/private sector cooperation in the fight against organised criminal groups engaged in financial crime.  Click here for more information on EAST’s law enforcement relationships.

The EAST Payments Task Force (EPTF) has a specific focus on tackling social enginnering  This Group, which meets twice a year, adds value to the payments industry by using the unique and extensive EAST National Member platform and Associate Member network to provide information and outputs that are not currently available elsewhere.