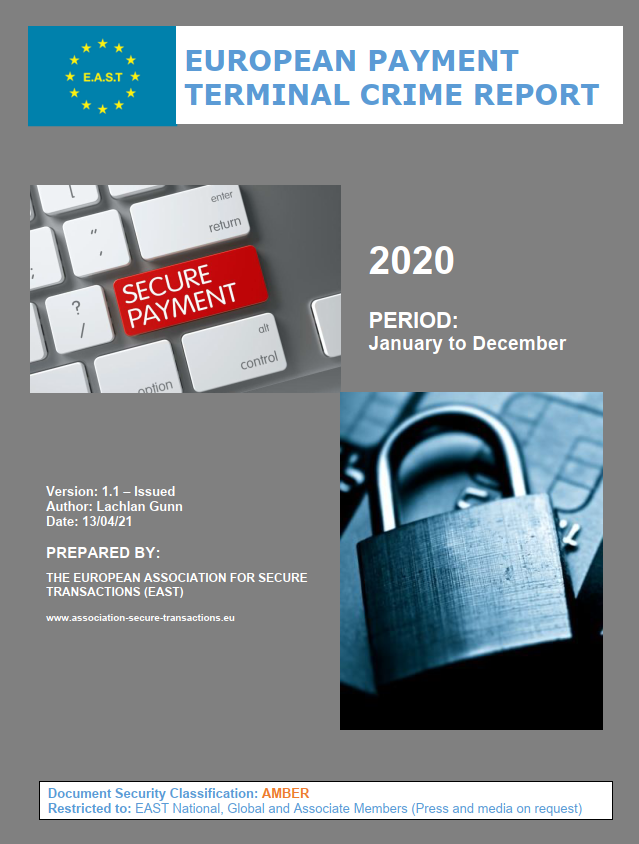 EAST Executive Director Lachlan Gunn said, “2020 was a highly unusual year due to the Covid-19 pandemic, and crime and fraud patterns changed accordingly.  While it is good news to see such a significant fall in terminal fraud attacks, there is concern that explosive attacks at ATMs have only fallen by 6%, and that related losses are up by 39%.  The average cash loss for a solid explosive attack is estimated at €28,218, and collateral damage to equipment and buildings can be significant.  There are also major safety issues.  Despite national lockdowns and border closures, mobile organised crime groups continued to operate across Europe.”

ATM malware and logical attacks against ATMs were up 44% (from 35 to 129) and all the reported attacks were Black Box attacks.  A Black Box attack is the connection of an unauthorised device which sends dispense commands directly to the ATM cash dispenser, in order to ‘cash-out’ or ‘jackpot’ the ATM.  Related losses were up 14% from €1.09 to €1.24 million.  Most such attacks remain unsuccessful.