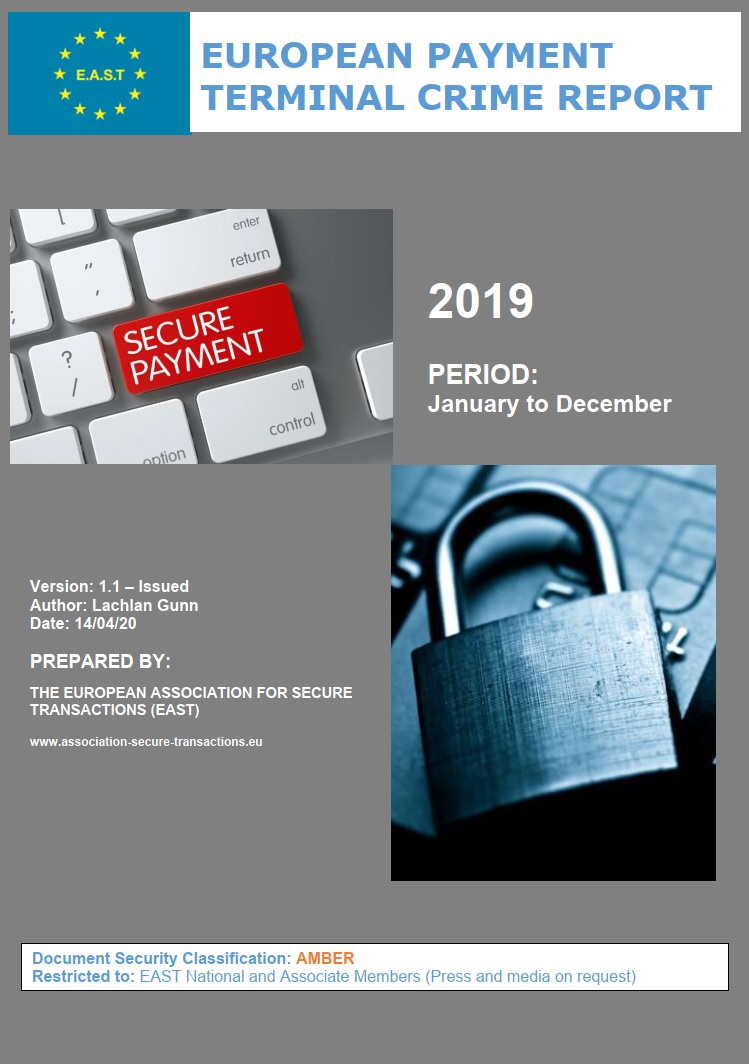 EAST has just published a European Payment Terminal Crime Report covering 2019 which reports that terminal fraud attacks were up 35%.