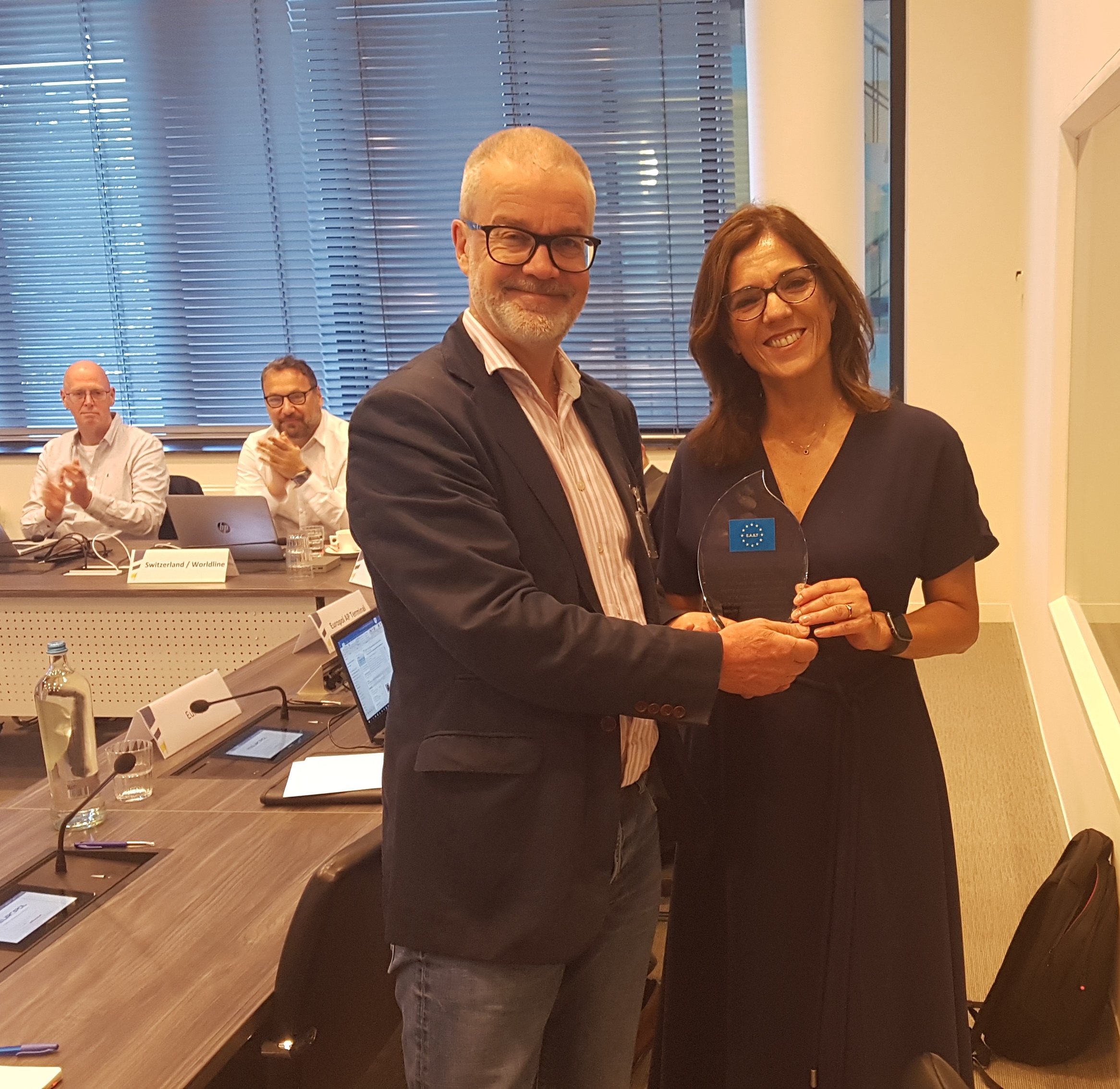 Delia Vaquerizo has retired from EAST after representing Spain for 17 years.  She attended her first EAST Meeting in 2006 and joined the EAST Board as a non-Executive Director in October 2016.  She is also a founder member of the EAST Expert Group on Payment and Transaction Fraud (EPTF), which was formally launched in 2016.

In recognition of her significant contribution to EAST and the industry, she was presented with an Award by Graham Mott (LINK Scheme and the current EAST Chair) at the 1st EAST Global Congress, her final meeting.

EAST Executive Director Lachlan Gunn said: “Delia has done a fantastic job in gathering and collating information and data from the Spanish market, that has been of great benefit to Law Enforcement and the industry.  It has been a real pleasure to work with her over the years. On behalf of the EAST Executive Team, the EAST Board, and of all our members, I wish her all the best for her new role at STMP, where she has responsibility for the management of BNPL (Buy Now Pay Later) solutions for card payments.  While she will no longer be a regular attendee at EAST meetings, we hope to still see her at future EAST Forums and other industry events.”

The 1st EAST Global Congress was held at Europol in The Hague on 16th June 2022.