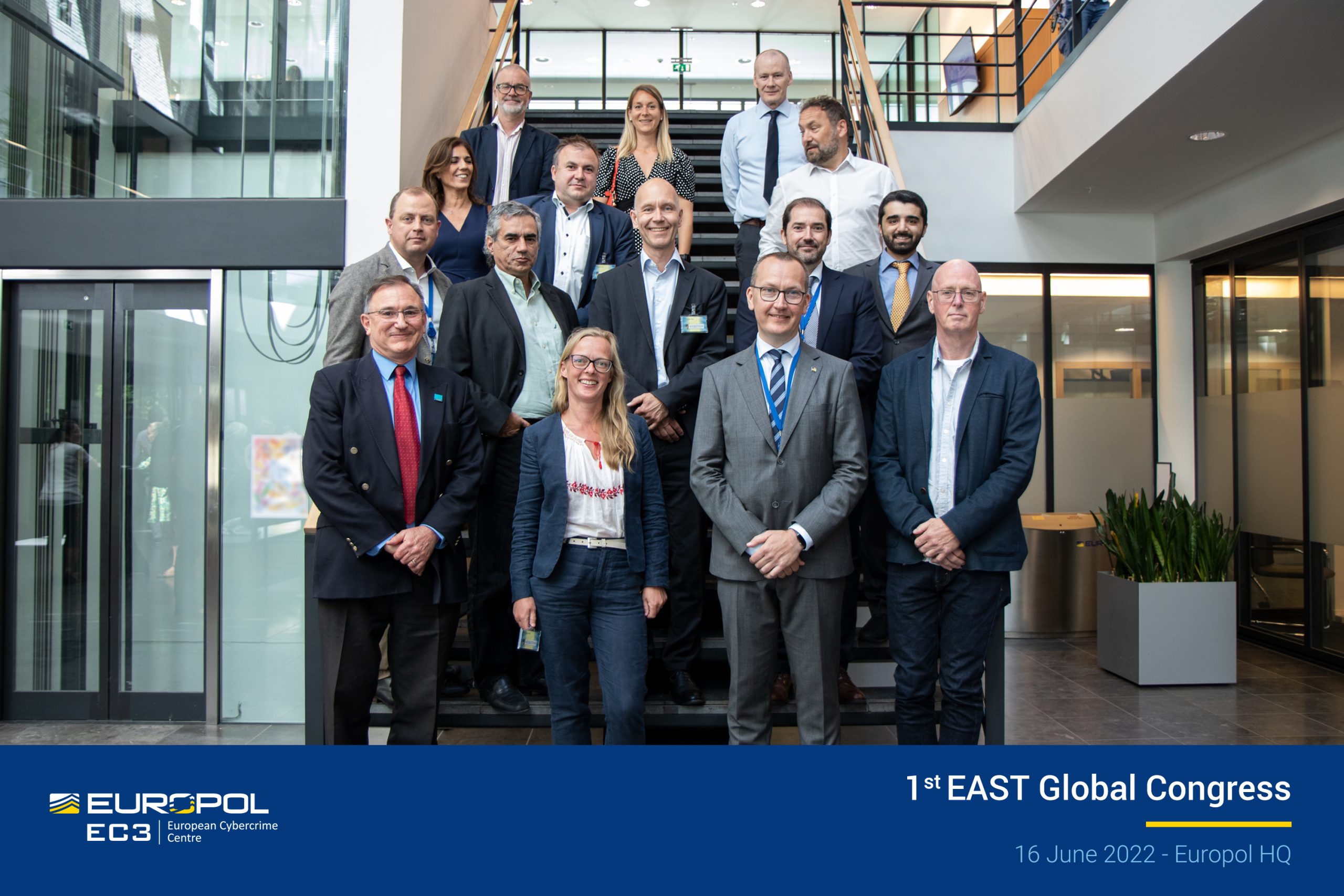 The 1st EAST Global Congress took place on Thursday 16th June 2022 at Europol’s HQ in the Hague as a hybrid meeting, with some delegates participating online. This was the first in-person meeting of EAST Global and National Members since February 2020.  Six virtual interim meetings were held between that meeting and the Global Congress.

The meeting was chaired by Graham Mott from the LINK Scheme and the key focus was on the sharing of payment and terminal fraud intelligence (global, regional, national).  A special welcome was given to Olesya Danylchenko from the Ukrainian Interbank Payment Systems Member Association (EMA).

Private sector fraud intelligence updates were received from 25 countries, either directly or via regional/global updates by HSBC and Worldline.  Regional Updates were also provided for ASP, and MENA.  Each update covered Fraud Types, Fraud Origin, Due Diligence and Physical Attacks (ATM, ATS and CIT).  The importance of raising consumer awareness to counter the rising threats related to social engineering remains a key issue.

Updates were also given by the Chairs of the three EAST Expert Groups:

EAST Fraud Update 2-2022 will be produced early next month, based on the country updates provided at the EAST Global Congress.  EAST Fraud, Payment, and Physical Attack Alerts are available on the EAST Intranet to EAST Members.

The 2nd EAST Global Congress, scheduled for 5th October 2022, will also be held as a Hybrid Meeting.