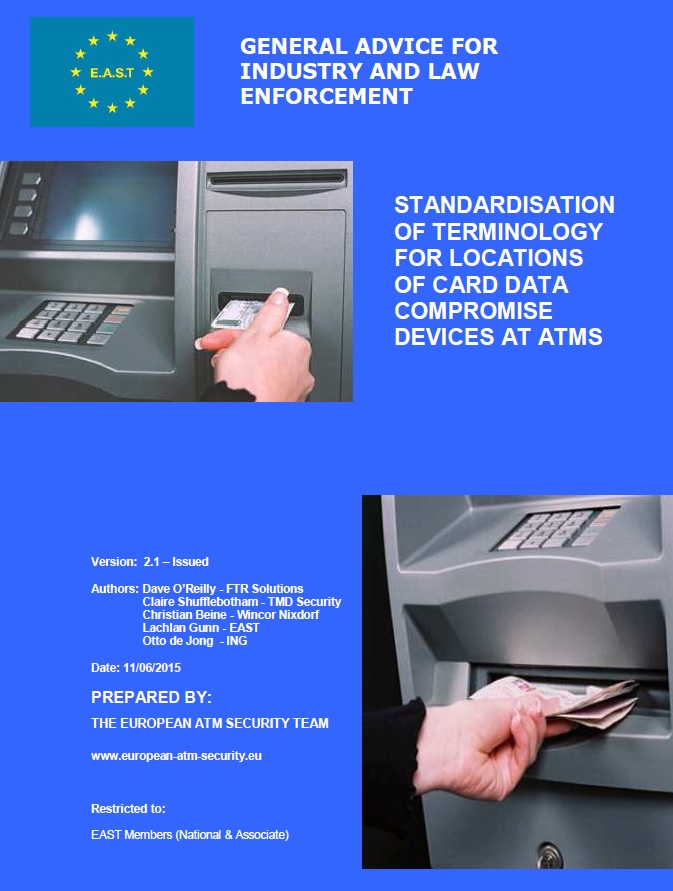 EAST has published a document entitled ‘Standardisation of Terminology for locations of Card Data Compromise devices at ATMs.’

These Guidelines have been put together by members of the EAST Expert Group on ATM Fraud (EGAF).

In order to assist with the reporting and analysis of such devices, and to set a common standard for describing the placement of skimming (and shimming) devices, EAST has produced these Guidelines for the Industry and Law Enforcement.  While most skimming devices are designed to skim magnetic stripe data, these Guidelines also consider the possible placement of devices that are used to read data from the Chip (shimming devices) or to perform a relay attack.

These Guidelines are available for download on the EAST Intranet to EAST members (National and Associate), and there is a version available for wider circulation.  EAST Associate Membership is free for Law Enforcement Officers.