The 23rd Meeting of the EAST Expert Group on All Terminal Fraud (EGAF) took place on Wednesday 12th May 2021.  Due to the Covid-19 situation, it was conducted as a virtual meeting and was chaired by Otto de Jong of ING Bank.

EAST EGAF, which meets three times a year in advance of each of the meetings of EAST National and Global Members, enables in-depth and technical discussion to take place on Logical and Malware attacks, Card Data Compromise and other issues relating to terminal fraud.

The meeting approved a list of recommended Countermeasures against ATM Malware and Black Box attacks, which will be shown, as applicable, in future EAST Fraud Alerts. 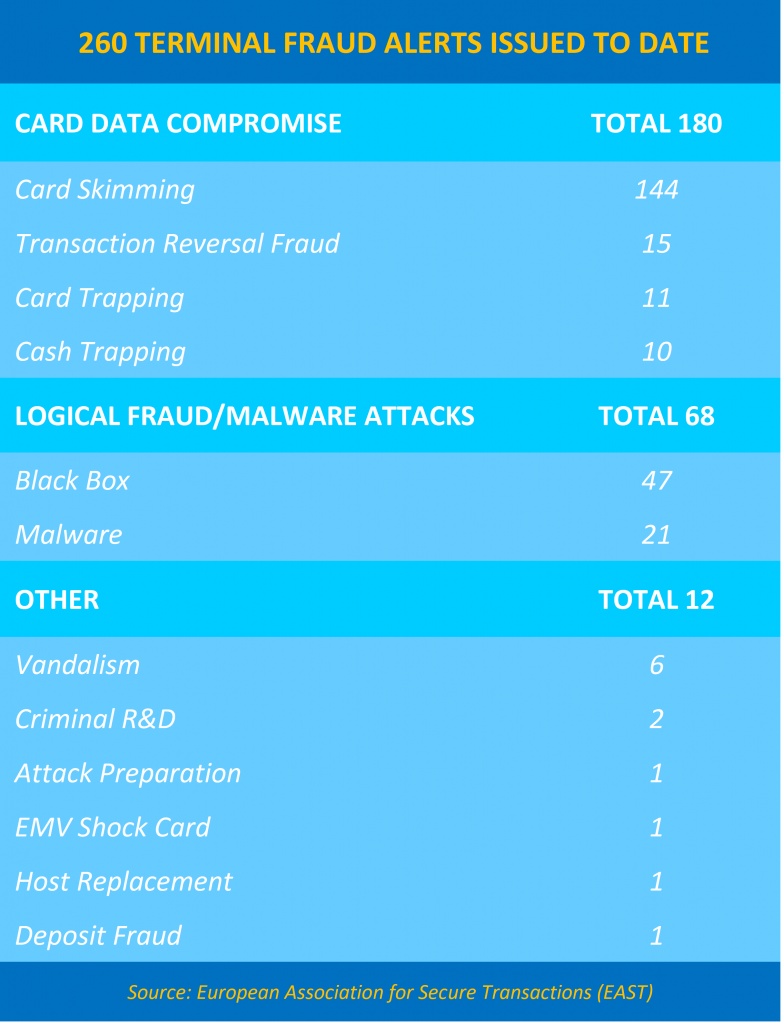