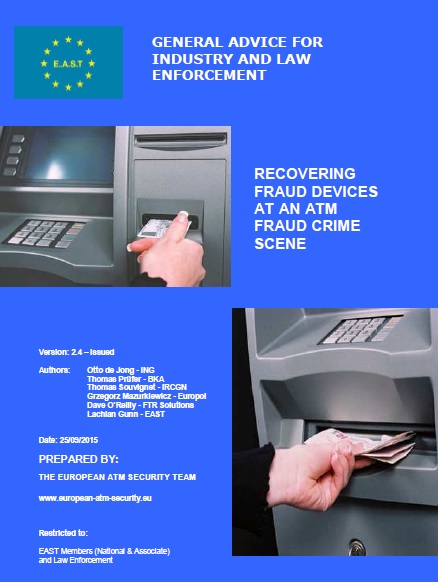 The updated version includes a section giving guidance to Law Enforcement on handling seized Camera Units at ATMs.  Camera units are a vital source of both evidence and intelligence in skimming cases and it is important that as much evidence as possible is preserved from a seized Camera Unit.

You can see footage from a seized camera unit in the video clip below (If the streamed video does not appear in your browser click here to download it – 13Mb).

These Guidelines, which have been put together by members of the EAST Expert Group on ATM Fraud (EGAF), were first published in November 2014. They are available for download on the EAST Intranet to EAST members (National and Associate). EAST Associate Membership is free for Law Enforcement Officers.